Bishop-elect Fr Harsono was born in Bogor on 18 January 1966. After attending the Stella Maris Minor Seminary of Bogor, he completed his philosophical and theological studies at the Catholic University of Bandung. He was ordained priest on 5 February 1995, for Bogor Diocese. From 1998 to 2001 he studied for the Licentiate in Arabic and Islamic Studies at the Pontifical Institute for Arabic and Islamic Studies (PISAI), in Rome, spending his first academic year in Cairo, at Dar Comboni for Arabic Studies. From 2001 to 2014 he taught Islamic Studies at the Faculty of Philosophy of UNPAR (Universitas Katolik Parahyangan) and Catholic Religion and Comparative Religion at the MKU/Studium General UNPAR. From 2007 to 2014 he was member of the FKUB Forum Civil Association for Religious Harmony, West Java. Since 2014 he was Vicar General of the Diocese of Bogor. In addition, Fr Harsono has been member of the Commissions for Interreligious Dialogue and for Seminaries of the Bishops’ Conference of Indonesia (KWI), and has presided the Diocesan Commission for Interreligious Dialogue of the Diocese of Bogor.

Congratulations to Fr Harsono from everyone at PISAI! 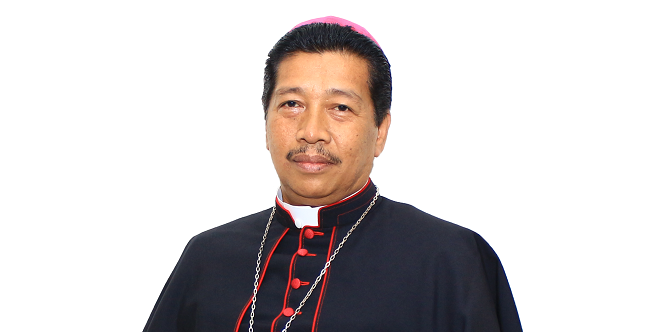